Agile is now a commodity, which is sold as framework, training, certifications, coaching, and transformation.  Innovation and utility ended and commodification began as we see LESS competing with SAFe and certifications after 2-3 day course.

What is the state of Agile?  Innovation comes from starvation and Agile is no longer an just an idea.

I attended the talk by Dave Snowden on 15th Jan 2018 and realized how much Agile is commodity now. A simple definition of Agile is ability to move quickly and easily. 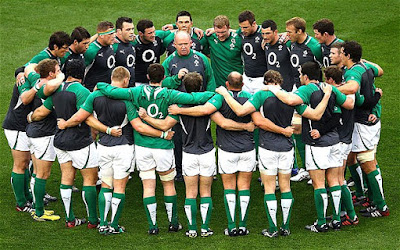 Developing speed and safety at scale. Tech and Users working together as a team - they work, play, and eat together and probably should take group photos. Moving forward in iterative manner and everything works like a rugby team and match. It all sounded perfect but organizations became too serious about Agile and performance reviews and hiring done based on Agile certification. New roles and new coaches were added but the way of working was changing very slowly. Many agile projects were like small waterfall with new added roles. Being part of a year-long pilot Agile project I know how millions were spend just to understand the methodology.

SAD companies are still learning Agile because Early Adopters, Early Majority, and Late Majority are all done.
When agile came, organisations were troubled with deliveries.  Long delivery cycle, linear development, and communication gaps.  Users and developers always had communication gap.  Users don't know what technology can do for them therefore they are unable to properly formulate what they expect from technology.  IT companies take advantage of it and they ask tell your requirements - Users give requirements and IT company delivers it and finally users think they should have asked for something else.   To reduce the gaps, IT companies hired employees with special skill set (B.Tech + MBA) and trained them and called them Business Analysts. It still didn't work because thing change fast and software delivery was long cycle.  Agile came as life savior.

I must say not all delivery cycles were long before agile, I have been part of both long and short.  In 2009-2010 we developed stock exchange in 6 months without notion of Agile; therefore, it is not Agile term or framework or Coach that makes things agile, it is the culture.    But now, it is generally adopted by industry - You can be fired if you ignore Agile.

Agile certifications is a long list and to get certified definitely doesn't need experience, it takes 2-3 days training. I did Scrum Master in 2015 and wanted to do more especially scaled agile but SAFe is too complicated and its rival Less is also not less complicated. SAFe and LESS would attract executives as they are safe and less, but by the time value or mistakes would be realized the initiator would have probably gone.

Thinking flexously, Agile has reached the dominant stage and after which it can either decline or change the form.

The goal of agile is simple and some technologies, especially microservices, will take us there - "Good people doing good things at a granular level with direct access to raw data...". Things so granular that we combine, recombine, and recombine giving organisation a competitive advantage at low cost. Get tester, user, and develop together architect and develop.

Prepare for Interview and Development