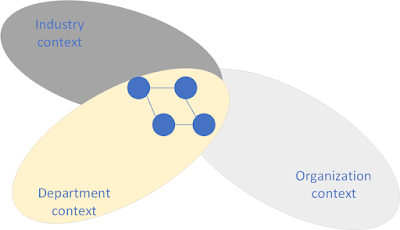 System architecture are like Networks in which elements are nodes and edges.  Systems evolve over time and patterns represent the underlying system.  System can be simple, complicated, complex, or chaos - System can be in order or un-order domain.  Understanding the domain in which system lies determines the way to manage it.  A common implementation of the theory of understanding the system complexity and managing it is - Microservices architecture is complex and event-sourcing is a way to manage it.

“A system is a set of elements or parts that is coherently organised and interconnected in a pattern or structure that produces a characteristic set of behaviours, often classified as its function or purpose” (Meadows, 2008)

Some systems are natural such as living, colonies, and galaxies; some are social such as family and caste but IT systems are Activity systems – ‘purpose wholes’ and ‘strictly goal oriented’. (Checkland, 1981).  If looking at system, try to identify


System can be defined by constraints
Core Disciplines
Features of a Complex System
Complexity is contextual - IT systems reality is it is network of networks:


Any enterprise architecture, including the greenfield microservices, can be complex adaptive system:

Why understanding the system complexity is important?